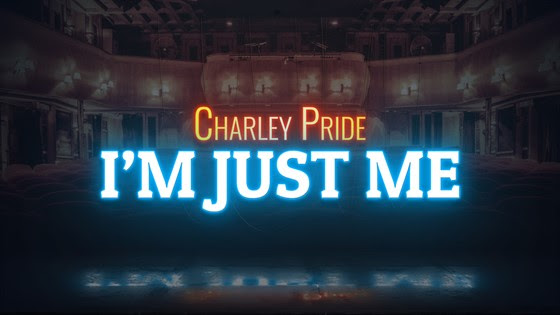 harley Pride: I’m Just Me, a documentary about the life and career of legendary Country music superstar Charley Pride, will air on CBC’s documentary Channel on Friday, March 12 at 9:00 pm ET. It will air once again on Thursday, May 6 on CBC. [click here for trailer & airing info]

Charley Pride: I’m Just Me traces the improbable journey of Charley Pride, from his humble beginnings as a sharecropper’s son on a cotton farm in segregated Sledge, Mississippi to his career as a Negro League baseball player and his meteoric rise as a trailblazing country music superstar. Narrated by country music icon Tanya Tucker, the new documentary reveals how Pride’s love for music led him from the Delta to a larger, grander world. In the 1940s, radio transcended racial barriers, making it possible for Pride to grow up listening to and emulating Grand Ole Opry stars like Ernest Tubb and Roy Acuff. The singer arrived in Nashville in 1963 while the city roiled with sit-ins and racial violence. But with boldness, perseverance, and undeniable musical talent, he managed to parlay a series of fortuitous encounters with music industry insiders into a legacy of hit singles, a Recording Academy “Lifetime Achievement Award” and a place in the Country Music Hall of Fame.

The film includes original revealing interviews with country music royalty, including Garth Brooks, Dolly Parton, Brad Paisley, Darius Rucker, and Marty Stuart. It also includes several on-camera conversations between Pride and special guests, including Rozene Pride (his wife of 61 years), Willie Nelson, and other fellow musicians. The film also features many songs from his repertoire of classic country hits, along with more modern cuts like “Standing In My Way,” from his latest album Music In My Heart, released in 2017.

“There’s always been a handful of people with global appeal that goes beyond the face value of the culture of Country music. Mr. Pride is absolutely one of those folks.”

“Charley deserves every accolade he can get. And, we’ll make up some new ones if we need to. He’ll deserve them too!”

“He’s one of America’s great country stars. He is Americana personified.”

Buzzworthy Moments:
• Charley Pride and fellow country music superstar Willie Nelson reminisce on camera about the early days of their careers.
• Charley Pride explains how he maneuvered his way through the white ranks of country music in order to gain acceptance in the industry.
• Charley Pride and his wife Rozene speak candidly about Pride’s struggles with mental illness over the years. While on tour in Germany in 1968, the singer suffered a manic attack and was diagnosed with bipolar disorder.

Production Credits:
Charley Pride: I’m Just Me is a production of Corridor Group Productions Inc. The film is directed and executive produced by Barbara Hall.