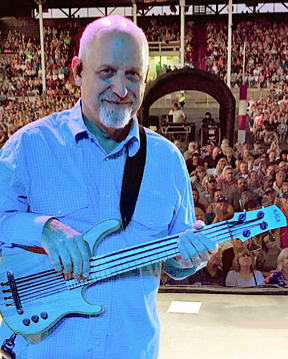 (Bass, Acoustic Guitar, Vocals)
I’m a native Texan and I’ve been making my living in the music business for over 40 years now. As a studio musician I’ve enjoyed playing on numerous jingles and radio and TV commercials for companies such as McDonald’s, JC Penney, Wolf Brand Chili, and El Chico, to name a few. I’ve recorded with artists such as LeAnn Rimes, Gary P. Nunn, Red Steagall, Charlie McCoy, Johnny Gimble, Johnny Rodriguez, The Lightcrust Doughboys and Barney the Dinosaur!

I toured with LeAnn Rimes playing guitar, harmonica and singing backup and got to perform on The Tonight Show, The Late Show with David Letterman and a number of award shows.

My beautiful wife, Krista, is an amazing singer and is the worship leader and the children’s minister at our church where I also play in the band when I’m home. We have four very talented kids. They include two drummers, a singer/actor and a photographer. Traveling the world with Charley Pride is the icing on the cake. I especially enjoy playing the Grand Ole Opry with a country music legend! 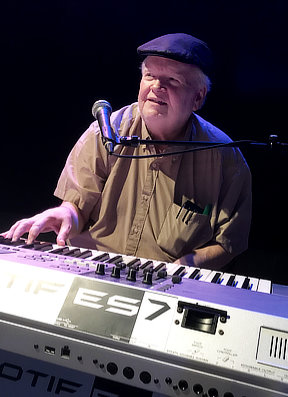 I was born Jerry Daniel Hutchins, Jr. in Oak Ridge Tennessee. “Danny” is the name I go by. I have been a musician my entire life. I started “banging” around on the piano when I was two. I started playing the drums at age six, the guitar at age eight, the bass at age eleven and many other instruments afterwards. I started playing professionally at age thirteen.

I found out that Charley Pride was looking for a keyboard player who could also sing for his band, The Pridesmen. I put a tape together of some songs that I sang and played every instrument on and sent it to Pride’s office in Nashville. He sent two plane tickets for me and my dad. I was only 17 years old at the time.

As I said, it has certainly been an exciting gig and adventure all these years. Charley and his sensational wife, Rozene, are like my second set of parents. I love them so very much! 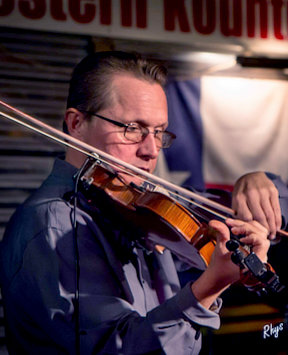 (Fiddle, Acoustic Guitar, Vocals)
I was born in Marshfield, Wisconsin. I started performing with my family, The Kalson Family Band at age 6. The family Band went on to tour the United States and Canada performing at many different venues opening shows for George Jones and Tammy Wynette, Buck Owens and Ronnie Milsap, to name a few. After touring with the family, I went on to work with many local artists and work for touring artists such as Janie Fricke and Neal McCoy.

I also perform shows with Gary Morris, Billy Dean and Michael Martin Murphey. I have been very fortunate to be a Pridesman for over 6 years. 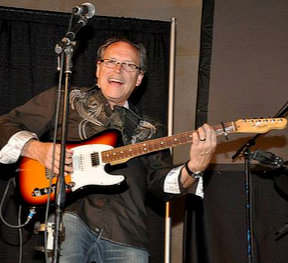 (Lead Guitar)
Originally from North Carolina and raised in the foothills of the Great Smoky Mountains, I picked up a guitar around the age of 8. After my father gave me a couple of pointers, I played that guitar anywhere I could. I played in church, at school in bands and even the washhouse out back when mom ran us out of the house. The first group I played in was rock & roll, then on to rhythm & blues, finally and most notably for me was county music.

Music has taken me to many parts of the world while touring with several bands playing duos, concerts, recording sessions, fairs & live stage plays. Spending most of my musical career in the Dallas, Texas area, I appeared in the motion picture TENDER MERCIES and a couple of episodes of the TV show DALLAS.

When I started touring with LeAnn Rimes from 1995 – 2000, I was fortunate enough to appear on shows like Jay Leno, David Letterman, Rosie O’Donnell and most of the award shows including the ACM’s, CMA’s and the Grammy’s. Most recently and currently it has been my honor to play with the great Charley Pride.

Being a father of 4 and grandfather of 7, I love spending time with the family, but my interests, hobbies and career have always focused in music. 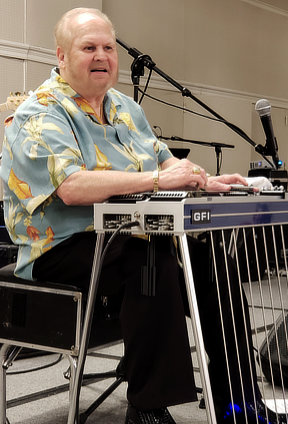 (Steel Guitar, Vocals)
I was born in San Diego California. My mother loved the Steel Guitar and took me for lessons at the young age of 5 years. At the age of 19yrs I moved to Denver from California, playing the club circuit in and around Colorado for many years.

I joined the Pride family in 1993, and moved to Dallas TX. Five months later my wife Ginger and son Nick joined me in Dallas. We have 1 daughter and 3 sons and 3 Granddaughters. Our daughter Dawn, son in-law Dave & granddaughter Briana now live in Nashville. Eldest son Michael lives in South Carolina, middle son Dustin lives in Charlotte with his wife Crystal & granddaughter’s Merit & Abbie, our youngest son Nick lives with his wife Melissa in Rockdale TX.

When not being a Pridesman, I do a few steel guitar shows around the country, Ginger and I also enjoy travel, visiting family, cruising, and spending a few weeks a year in Europe. We are truly blessed, and have a wonderful life. 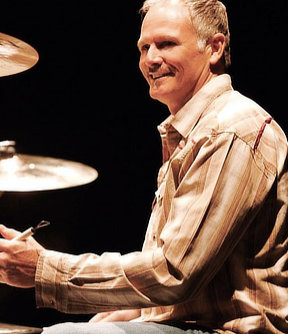 (Drums, Vocals)
My first legitimate music study began at age 5. By this time, our entire household was brutalized with my obsessive “tapping & banging”. My parents agreed I should be enrolled with the Professor of Percussion at Baylor University (Waco, Texas) for some proper channeling. Their early decisions, along with my passion for hitting things, and vocal study, have allowed me over fifty years of memorable musical moments.

This remarkable journey has offered such appointments as The USAF Headquarters President’s Band in Washington, DC, The Air Force Band of New England, and a myriad of performance arenas throughout the globe. It’s been a joy to share stages with so many who inspire me.

I am passionate about instruction and am kept busy with clinics, seminars and all things related to musical study. I currently operate two venues of private instruction when not touring with Charley Pride.

My true slice of heaven, however, resides anywhere there’s family. Maria and I are fortunate to have constant contact with kids/grand kids, as well as family members scattered abroad. Annually, we pop over for family visits in Italy, Argentina, etc. A very pleasant reminder that ours continues to be a glorious life.