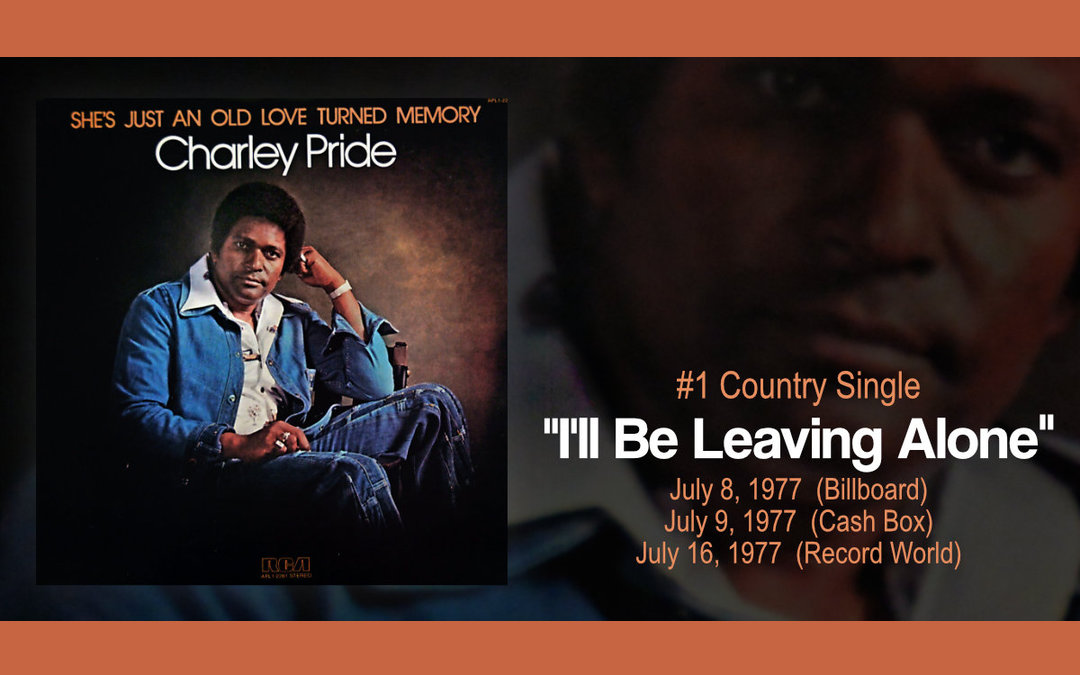 During this week in 1977, Charley Pride topped the Billboard Country Singles chart with “I’ll Be Leaving Alone” (on July 8, 1977), a song penned by fellow Country music artist Dickey Lee (“Rocky”, “9,999,999 Tears”) and songwriter Wayland Holyfield (“Can I Have This Dance” among many other hits).

An undisputed radio smash that also charted as a #1 Country single in Cash Box (on July 9, 1977) and Record World (on July 16, 1977), “I’ll Be Leaving Alone” was the third #1 single from Pride’s 1976 album SHE’S JUST AN OLD LOVE TURNED MEMORY.  “A Whole Lotta Things to Sing About” and the album title track had previously topped the country singles charts in 1976 and early 1977.

https://charleypride.com/product/shes-just-an-old-love-turned-memory-autographed-album/  while supplies last.  These vintage vinyl LPs are from a small stash of albums that Charley autographed in the summer of 2020 while riding out the Covid-19 pandemic at home.

The official Charley Pride website store also stocks factory sealed LPs of several other vintage titles along with a fine selection of other Pride merchandise @ https://charleypride.com/store/