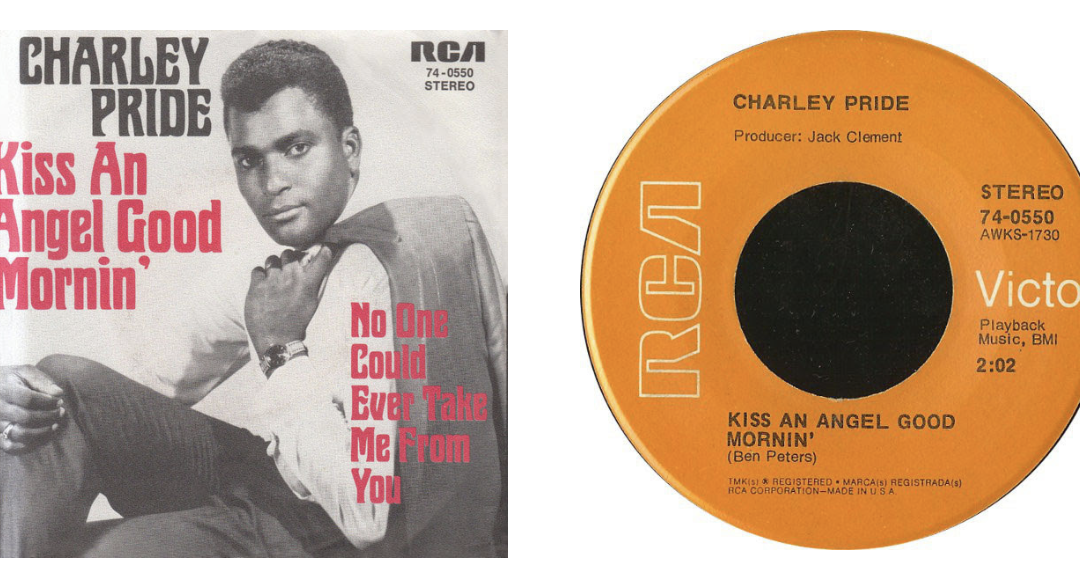 NASHVILLE, Tenn. – Country music legend and trailblazer Charley Pride’s hit single “Kiss An Angel Good Mornin’” is celebrating its 50th anniversary this year. After being released in 1971, the song quickly became Pride’s most well-known and beloved song to date and ended up topping the charts. The sweet tune marked his eighth #1 song on the country singles chart. It also reached the Top 40 on the pop charts, peaking at #21 on the Billboard Hot 100, and went into the Top Ten of the Adult Contemporary charts and #19 on the U.S. Cash Box Top 100. Pride shares the secret to love through the lyrics of “Kiss An Angel Good Mornin,’” proving why it’s remained a classic country hit that stands the test of time.

Pride’s Christmas album, Christmas in My Home Town, has also persisted to be a fan favorite since its initial release in 1970. The festive country album includes his original song named after the title track of the album, and other traditional holiday tunes including “Deck The Halls,” “Silent Night,” “Little Drummer Boy,” and more. Country music lovers far and wide still enjoy the winter season with Pride’s iconic voice which shines on each track. His holiday spirit and bright energy endure on Christmas in My Home Town as his legacy lives on.

About Charley Pride:
Charley Pride celebrated more than 50 years as a recording artist, enjoying one of the most successful careers in country music history, and is credited with helping break color barriers by becoming the first black superstar within the genre. A true living legend, he sold tens of millions of records worldwide with his large repertoire of hits. A three-time GRAMMY® award and Recording Academy “Lifetime Achievement Award” winner, Pride garnered no less than 36 chart-topping country hits, including “Kiss An Angel Good Morning,” a massive #1 crossover hit that sold over a million singles and helped Pride land the Country Music Association’s “Entertainer of the Year” award in 1971 and the “Top Male Vocalist” awards of 1971 and 1972. A proud member of the Grand Ole Opry, Pride performed concerts worldwide and has toured the United States, Canada, Ireland, the United Kingdom, Australia, and New Zealand over the last several years. He received the Crossroads Of American Music Award At the 2019 GRAMMY Museum® Mississippi Gala in November of 2019, and the Country Music Association’s Willie Nelson Lifetime Achievement Award one year later in November 2020. On December 12, 2020, Pride died at the age of 86 from complications due to COVID-19. In 2021, CMT celebrated his impactful life as a musical pioneer with CMT Giants: Charley Pride. His memory and storied legacy will live on through his vast library of stories and songs, with forthcoming plans for a posthumous album release and biopic film. Full bio available here and follow Charley Pride on Facebook and at CharleyPride.com.
# # #
Suggested post:
#CharleyPride’s hit single #KissAnAngelGoodMornin’ celebrates its 50th anniversary. #ChristmasInMyHomeTown remains a fan favorite throughout the holiday season